“You’re NOT a Victoria. Just Vicki.” 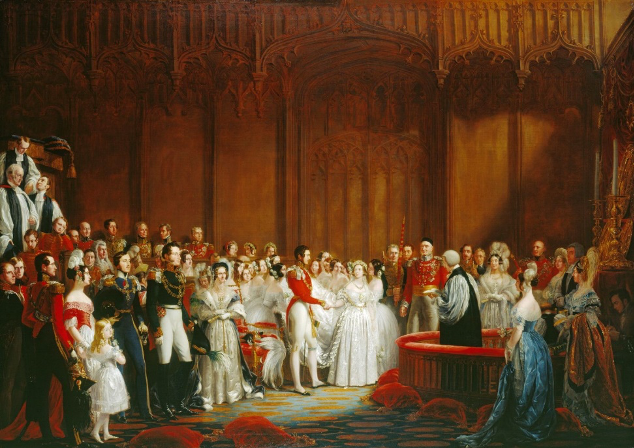 One day, I might have been about ten, Mom was cutting carrots in the kitchen. I asked her if my full name was Victoria. I’d had a friend at school whose name was Victoria and she went by the nickname Vicki like me. Victoria sounded so elegant, like a Queen, or like that pretty Victoria Principal I’d recently seen on Fantasy Island. Anyway, I thought it would be nice to be a Victoria. Mom stopped cutting and hesitated for a moment. I never knew who named me, Mom or Dad. Then she sighed and said, “No. I named you Vicki.” She moved the slices aside, grabbed another carrot, and continued chopping.

I stared down at my feet for a moment, disappointed. How could that be? Bobs are really Roberts, Mikes are really Michaels, and Trishes are really Patricias. They’re nicknames. How could I be just a nickname? There must be some reason.

Perturbed that I was still standing there, she stopped chopping, sighed down at me, and said, “It’s not short for anything.” Then she turned back to her carrots, probably hoping I would go away.

There weren’t any Vickis on Dad’s side of the family that I knew of. “Am I named after someone in your family?” I asked.

So there it was. I was not a Victoria, I was Just Vicki. And while it was unclear why she snapped at me for asking about my own name, Just Vicki knew well enough to get out of that kitchen.

Fast forward a few years, Mom is gone, and I’m learning about her secret biological family: the mother who she couldn’t speak of any longer than two minutes at a time; the brother she never introduced me to; the father she never mentioned who in a photo looks like my older brother; and her half-sister with a beautiful smile just like Mom’s. I had to find these relatives on my own, or at least the existence of them. I did actually meet her half-sister whom my mother never told me about. Aunt Leah and I go antiquing every now and then.

Much of my current research involves trying to figure out why my grandmother would leave her husband and young son, and then drag her five-year-old daughter away to another state. What was going on in 1944-45 Galveston, Texas? I tried to imagine what impact World War II had on her. I discovered that she recorded a few songs during the war, one called “Uncle Sam’s Fighters.” That excited me. I wondered if Mom ever knew that about her mother. It was fascinating, but I still have a mystery to solve. Why did she leave? Was she running away from something? Toward something?

After collecting the historical facts, I back away from my grandmother a bit and look at who was around her at the time. I look at her family. Most of them had moved back to Arkansas. I look at her husband’s family, and I find that she had a sister-in-law named Viola who was only two years younger. Not only were these girls both married to Cravey brothers, but they were both married off at the age of 15, and they had baby daughters less than 10 months apart. These girls had much in common, and there’s a good chance they were very close, meaning Viola would have been over to the house many times where my young mother would have seen her, known her. I wonder what more I could find, so I do a search on Mom’s Aunt Viola and several family trees come up from other researchers. I tend to not depend too much on information from other people’s trees, but in this case I noticed something somewhat valuable. More than one of these trees has Viola’s name with a nickname in quotation marks: Vickie. She’s also listed this way on Find-A-Grave. I plug this nickname into my tree, do another search and find several photographs with her name as Vickie, not the formal Viola. What am I to make of this? Mom had an Aunt Vickie. Could I have been named after her? I call my father. He remembers that they agreed on my name but he didn’t know where Mom came up with it.

Vickie is a name from my mother’s childhood. This is a childhood that was ripped away when her mother took her to Gainesville and Jacksonville, Florida, somewhere in Arkansas, back to Jacksonville, and then to Gainesville for the last time. That’s where she left her eight-year-old daughter with a woman and told her to “call her mother now.” She didn’t show her face again until my mother’s wedding. This is a childhood of repeated abandonment that my mother blocked from her memory. Mom hated her mother. So when I questioned her about my name, she was hearing me question her about her Aunt Vickie from long ago. Mom wasn’t snapping at me that day. She was snapping at her mother.

What else was happening? Well in June of ’44, Reader’s Digest ran a condensed article called, “Is Your Marriage Slipping a Little?” It starts, “Now and then in every marriage there dawns a blue Monday, when you wonder what happened to that dream you had.” Did she read this article and consider some options? Perhaps. Can’t know that for sure.

The facts surrounding my grandmother during this period in Galveston were starting to add up. Her family had already left her for Arkansas. The war was over probably shutting down whatever singing gigs she may have had. And there’s one more thing I discovered about Aunt Vickie. Between April 1944 and February 1945, she divorced Warren Cravey, married B.L. Bradford, and moved to Chicago. Now my grandmother’s (assumed) best friend was gone. Was that enough to inspire her to leave her own marriage and run off to Florida? I believe so. But why she chose Gainesville, to eventually abandon her daughter, is a mystery for another day. I don’t use other people’s family trees for hard data because they can easily contain inaccurate information. But we can use them for clues. ‘Vickie’ is a nickname that never would have appeared in any of Viola’s public records. It’s a gem of a find. I wish I could have met this Great-Aunt Vickie. I would have introduced myself, “Hi. I’m Vicki, your namesake,” and given her an extra hug for my mother

Vicki is an editor, writer, and creative writing coach with a passion for researching and preserving historical photographs and documents; especially those which help to unearth long-buried family secrets. She’s currently writing a book and pursuing a master’s certificate in digital humanities.